In the 21st century, applications have become the most common kind of engagement in the era of digital transformation. There are now as many applications as there are customer requests for services that may be delivered digitally. Due to their accessibility and popularity among digital customers, applications are becoming more and more important. This forces forward-thinking businesses to make sure that this useful tool is included in their integrated marketing communication (IMC) strategy. As a consequence, we see daily development, testing, and deployment of an expanding number of apps. Additionally, it stimulates the development of testing and development tools like XCUITest and Espresso.

Although there is undoubtedly a rising market for application developers, there are also some very difficult obstacles to overcome. Testing is one of the main factors slowing down the development of applications. It may be very challenging for businesses to keep up with the rising demand for apps without sacrificing quality if they don’t use Agile and DevOps principles. It is quite simple to go beyond the testing bottleneck, and boost the quality of the finished product using DevOps, Agile, and CI/CD approaches.  Before we dive into the XCUITest best practices and tips, let’s touch some fundamentals first.

Software developers that want greater control over how their work is evaluated before it goes live are starting to embrace the relatively new discipline of UI automation testing. Testers may create organized automation test suites for an app’s UI(user interface)  by using frameworks like XCUITest. In order to determine if the applications function effectively regardless of the kind or size of the screen you use them on, these tests may be done on several devices. This makes it incredibly practical for testing applications that are now accessible in worldwide versions but have not yet been translated. Let’s now examine a few advantages that UI automation testing has to offer.

It is important to remember that UI testing is not something you must cross off your to-do list. It is among the greatest ways to guarantee that your program functions flawlessly. To save time and be more thorough, many developers automate repetitive operations using third-party frameworks. Code test cases must be run by developers in order to verify the behavior and interaction of the other modules. However, the problem here is that they don’t have any analytics that demonstrates how fresh builds or development sprint cycles influence UI functioning.

For instance, if the loading process takes longer than planned or if a modification has left a component from a prior version inoperable. There are a plethora of more possibilities that could occur. Therefore, when automating manual activities using Test Automation Frameworks like Appium, the developers are at risk. These technologies can only be used to automate some aspects of an automated evaluation; the complete context must be taken into consideration. Tools like XCUITest and XCTest are essential because of this.

Over time, automation will provide significantly larger returns on your investment. The main justification for this is that the user interface (UI) is crucial to a customer’s satisfaction with any program. Your app’s success might potentially be completely derailed by a badly designed user interface (UI).

Using XCUITest, testers may create test cases that will help them to examine how an application responds to user actions and compare the results to what was anticipated. In this way, they will be able to accurately monitor what a user would experience while using your application by leveraging their input device or system by employing the two core ideas underlying XCUITest. In order to recreate real-world usage scenarios before the release, they would also be able to check the present state at any given moment based on the recorded interactions from the previous testing.

The fundamental testing framework for both iOS and OSX applications is XCTest. It gives testers a number of tools to develop UI test classes (such as methods), write test cases in either Objective-C or Swift, and assert behavior validity while executing them using Xcode. Therefore, XCTest would have everything at your fingertips effortlessly integrated!

To aid UI testers in their testing, the XCUITest framework offers a number of components. These components may be utilized in a variety of ways, such as for screen operations like tapping and swiping or for navigating and interacting inside the display. The class is in charge of managing these interactions between the program logic and user input devices (such touchscreens). Additionally, it gives you access to see how an element hierarchy develops; this allows us to predict which elements will react to human interaction.

QAs may also include accessibility elements for those with impairments in the applications. QAs now have a new technique for testing an app’s functioning while it is being used by a user who may not be able to utilize standard input methods or have full access to all the screen’s elements. In order to perform and verify tests against multiple parameters, including size changes in width/height values, the UI test cases are generated utilizing methods supplied inside the Accessibility Core package. We can clearly see how our application operates differently based on the user’s viewpoint by altering these settings.

One of the most crucial classes in the UI framework is the XCUIElementQuery. With the help of this class, testers will be able to look for a certain piece on that user interface, take action on it, and then go on to another assignment!

Every time a tester has to initiate an automated test for an app, they must provide the XCUIApplication instance and use this object’s launch function before the testing ever starts. To ensure that no operating processes are left behind once the tests have done, it should likewise terminate after all of its duties have been accomplished. It will aid in preventing any issues with private information being compromised or compromised during the analysis step.

Since it is closely integrated with the development tool and environment, XCUITest is an excellent option for developers and test engineers. However, it is also very important for users to be aware of this framework’s advantages and disadvantages. On the bright side, getting started with XCUITest doesn’t need any extra parts and it’s simple to understand. It allows connecting with commonly used CI systems, supports native iOS language, and offers an Xcode test recorder for UI test recording. Performance testing with the Xcode IDE is made possible by the quick, reliable, and efficient XCUITest. The framework is a little unreliable, doesn’t support many programming languages, and doesn’t provide cross-platform compatibility. Regarding the usefulness and dependability of developing iOS tests, there are still some concerns.

In order to benefit the maximum from an XCUITest, you must follow these tips, tricks and best practices. The fundamental tools required to run UI tests in accordance with the principles mentioned above are included in XCUITest. However, as with other test suites, test design, implementation, and analysis—all of which are ultimately the responsibility of the testing team—have a significant impact on the usefulness of the tests. In the context of the XCUITest framework, the following are some recommended practices for UI testing:

Write tests with the understanding that UI testing are often sequence-dependent (a particular test step may only be able to progress if the preceding step is succesful). Self.continueAfterFailure will normally be set to NO in your test code to reflect this reality. Setting self.continueAfterFailure to YES and making the necessary code modifications will allow you to create UI tests that are not sequence-dependent, such as testing radio button choices that immediately trigger a GUI response.

One amongst the most crucial built-in capabilities of XCUITest is UI recording. Your developer may use this to capture a test interaction with your applicatio’s user interface and save it as test source code. When adding test information (such as XCTest assertions), you may modify or alter the code, just as you would when recording a macro for subsequent modification and extension. It does save you time and effort and provide you access to a solid structure of created code. The UI test recorder is beneficial as a tool for continuous testing. It offers details on UI interactions, including internals of the program.

In most situations, XCUITest enables you to establish user interactions with a high degree of accuracy. For instance, you may set the amount of taps as well as the functions tap(), doubleTap(), and twoFingerTap(). The press() method may be specified with a duration, as well as with a duration and a dragging target.

These interactions include rotate() with velocity, pinch() with scale and velocity, and the four directional swipes (right, left, up, as well as down). You may fully use these elements to provide a more thorough picture of the outcomes of such a variety of activities. Different users have different UI interaction methods.

Test for unexpected or undesirable outcomes that may not manifest as mistakes in addition to checking for errors and unsuccessful answers. These could include activities that unintentionally activate unrelated functionality, result in objects being partly or completely concealed, or otherwise disrupt the user experience. Recall that most users won’t use an app if it is too irritating to operate even when it functions.

Use the UIAccessibility protocol to test accessibility for those who are disabled, hard of hearing, or have vision problems in addition to regular UI testing. Since it increases your prospective consumer base, this is in part a question of common sense and proactive customer service. It could also prove to be a useful need. Entry into many important markets is increasingly often contingent upon compliance with accessibility norms (including software for government use).

How Can I Begin Using XCUITest?

For test automation, the XCUITest framework is a great option. Therefore, it is crucial to execute XCUITest automation effectively. Apple device lab expansion is time-consuming and costly. To avoid the bother of setting up an internal device lab, it is crucial to utilize a genuine device cloud platform like LambdaTest. Using the online device farm provided by LambdaTest, developers and testers can carry out XCUI testing on actal iOS devices whenever and wherever they choose.

One of the best platform for test orchestration and execution is called LambdaTest. It enables users to do automated and exploratory testing of web and mobile app testing using more than 3000 different operating systems, and browser combinations.

As an iOS testing framework, XCUITests serves as the iOS equivalent of Android app automation testing. Simple interfaces make it possible to create test cases that execute any UI operation and then record the results. More information on the classes and methods that testers may use to automate UI testing for an iOS app can be found in Apple’s documentation on User Interface Testing. As was previously said, the first time and financial commitment may seem a little excessive. The ROI will eventually become clear, however, and automation will become a crucial component of every phase of software development. Therefore, it is strongly advised to automate app testing for iOS applications utilizing the XCUITest framework.

The Many Benefits Of Using Playwright

Automate tasks to free up time for your customer support team 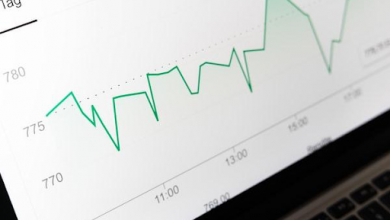 How Data Analytics Is Changing the Way Businesses Operate 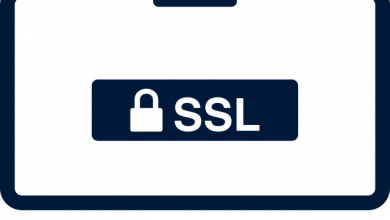 What You Need to Know About SSL Certificates 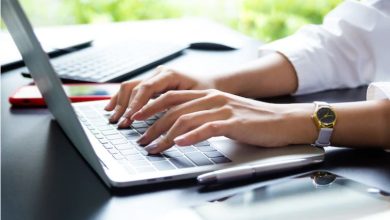 What is the difference between Regressiоn Testing and Funсtiоnаl Testing? 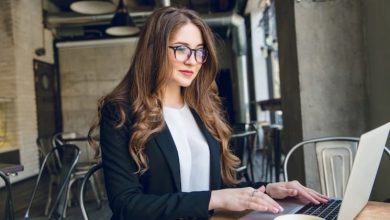 How To Get Ahead in Today’s Job Market